Soul Mining opened last night with two fantastic performances. The first was a short experimental set from Sharon Gal this was followed by a storming set from Esther Planas's Dirty Snow which included a noir version of The Beatles Day in the Life. The show itself includes the work of three artists, Ruth Calland and the already mentioned Planas and Gal. All the work is very different but hangs together really well, there is a curious tension between it all which fits very well with the show's psychoanalytical theme.
The image below is of Sharon Gal's opening night performance in front of Esther Planas's Happiness is a Warm Gun installation and was taken by Transition regular Marc Vaulbert. 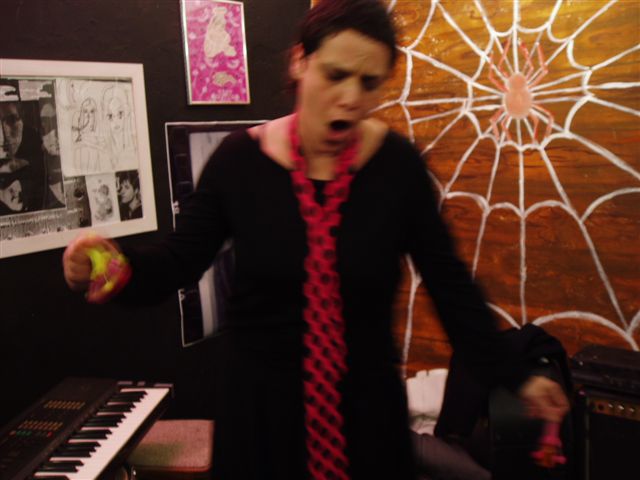