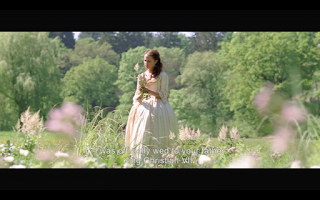 It didn't make my 2012 top ten because I have only just seen it and I didn't see it at the cinema. But A Royal Affair is definitely one of the best films of 2012 - it is really very, very good. It has been nominated for the Best Foreign Film Oscar but I suspect that it may lose out to Amour. 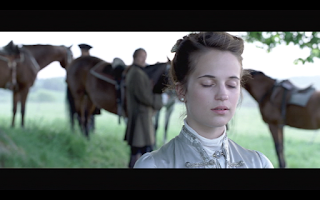 The film is Danish but please don't let that put you off - and if you watch the killing you may even find some of the language familiar - tak anyone. The female lead in the film - Alicia Vikander - played Kitty in Anna Karenina and has a kind of wonderfully blank quality that is also there in Elizabeth Olsen's face. The hero Mads Mikkelson has played baddies in mainstream films such as Casino Royal and also has an extraordinary face with a long straight nose, high cheek bones and wide lips. 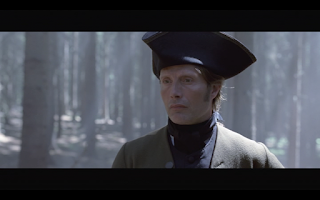 The plot is a piece of Danish history that I knew nothing about - but it is compelling. It will remind you in places of other films (Marie Antoinette (2006), The Madness of King George (1994), Barry Lyndon (1975) etc.) but it is perfectly composed and contained and very much its own thing. It is also very beautiful. 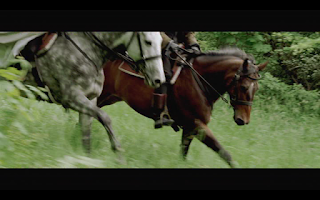 Excellent and decent post. I found this much informative, as to what I was exactly searching for. Thanks for such post and keep it up. This is a nice post in an interesting line of content.Thanks for sharing this article, great way of bring such topic to discussion.