Its that time of year - so I thought I would join in and add my top ten films of 2012 to the many other lists. These are films that I saw on their first UK release at the cinema during 2012.

1: The Master
Stylish, intriguing and actually masterful. It might not have a straightforward story but it is always engaging. Joaquin Phoenix is brilliant (surely his character is modelled on the tics and quirks of Montgomery Clift) and I love love love the scene in the department store. 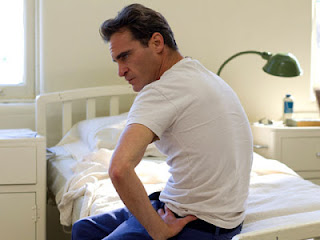 2: Martha Marcy May Marlene
Creepily atmospheric film about getting involved with a cult. The star, Elizabeth Olsen, has the most brilliantly expressive big face, her thoughts ripple across it making it readable without the need for dialogue. The music by Jackson C Frank is also very very good.

3: Shame
Michael Fassbender is a tour de force. I enjoyed his android version of Peter O'Toole in Prometheus but it is Brandon in Shame that is his major achievement of the year. His depiction of this dysfunctional character is deeply real, managing to be repulsive and strangely attractive at the same time. The acting performance of the year.

4: Electrick Children
A first film for director Rebecca Thomas. Charming story which pairs up a naive Mormon heroine (If this film had been made in the 1950s she could have been played by Marilyn Monroe) with a shambolic kind hearted stoner. 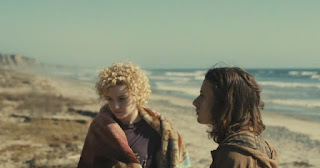 5: Amour
Not fun but it is completely engrossing which considering the whole film is set in a small apartment is quite an achievement. Occasionally director Haneke slips into cruelness but for the most part the film has a chilling honesty to it. 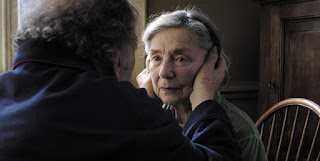 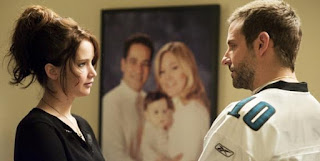 7: The Descendants
I like director / writer Alexander Payne's downbeatness which makes things seem real. This is a story of a quiet guy played by George Clooney and how he copes with the circumstances that he finds himself in. Its also great to see Hawaii on screen post Elvis's Paradise Hawaiian Style.

8: Anna Karenina
Beautiful. Full of little Brechtian bits and pieces - most of the film is set in an old theatre. As with Robert Pattinson in Cosmopolis (see below) Aaron Johnson is perfectly cast as a shallow, handsome young man. 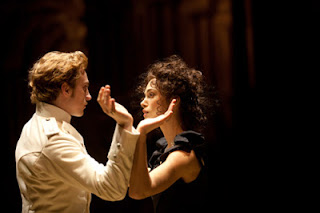 9: Cosmopolis
Worth the admission price just to look at the beautiful Pattinson face which is on screen in close-up for just about the entire film. Pattinson stars as a spoilt New Yorker who lives life purely on the surface. For most of the film he is in the back of a limousine which is stuck in traffic at various points around NYC. I think that director Cronenberg is having a little bit of a laugh at Pattinson and his stardom (in the same way that he has with Kiera Knightly in A Dangerous Method by making her gurn her way throughout the film). But Rob somehow runs with this and gives a really strong performance. 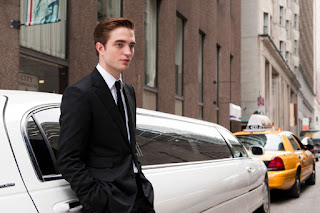 10: Goodbye First Love
There is something very French about the heroine and the story both of which have their roots in the director's own life. The heroine is self obsessed and a little amoral and the plot is unexpected, untidy and rambling but this gives the film a ring of truth that a neat beginning, middle and end could never provide. 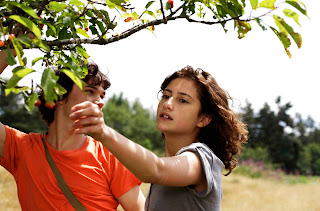 Other honourable mentions (in no particular order) go to...
Take This Waltz
Liberal Arts
Starlet
On the Road
Skyfall
Breaking Dawn Part 2
Young Adult
She Monkeys

And my rock bottom film is...
Rock of Ages (truly, truly terrible, I am ashamed that I went to a cinema to see it)

is it any wonder fish turn to art michael fitzgerald