Swirling and twirling through movie ballrooms

After seeing Heaven's Gate a few weeks ago I started thinking about films that had amazing dance scenes - by this I mean mass traditional ballroom type dancing - not salsa, disco jive etc. They are of course, I have just realised, all historic depictions - maybe this is what makes them so breathtaking. What they all share is amazing movement - so that as you watch you are swept up in the dancing. As someone who really can not dance this is the nearest I come to feeling what it must be like to be floating around the ballroom in a beautiful, big, swirling dress

So here are my favourites..

Jezebel (William Wyler, 1938)
Bette Davis plays headstrong Southern Belle Julie in pre Civil War America. She wants to live life to the full and refuses to play by the rules. At the annual Olympus Ball she decides to wear red rather than the traditional white - this marks her out as an immoral woman in the eyes of her fellow party goers. The ballroom scene is brilliantly filmed in black and white, using Wyler's trademark deep focus to show the whole scene. The crowded dance floor feels claustrophobic and is filmed from a low angle to give us the sickening vertiginous feeling Julie has when she realises that she may have gone too far. When she steps on to the dance floor everyone starts to depart leaving her to dance on her own. Wyler's ballroom influences all the film ballrooms to come. 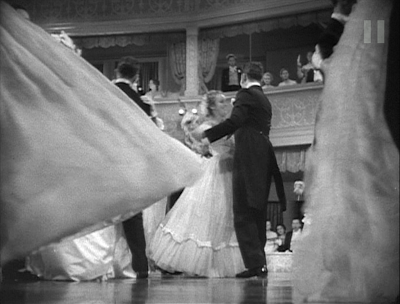 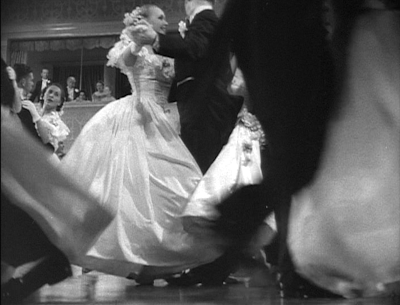 Madame Bovary (Vincente Minnelli. 1949)
Jennifer Jones plays the beautiful, ambitious and very foolish Madame Bovary. When she receives an invitation to a society ball she swiftly ditches her homely, doctor husband, to become the belle of the ball and dances with an unending supply of society men. When the charming and handsome Boulanger (Louis Jourdan) asks her to dance, her head spins as he swirls her (and us, as the camera takes her point of view) around the dance floor. When she (and the rest of us) start to feel dizzy and eventually faint there is an extraordinary sequence where the host orders that the servants smash the windows to allow her to cool down. This is all done in Minnelli's trademark super stylish way. 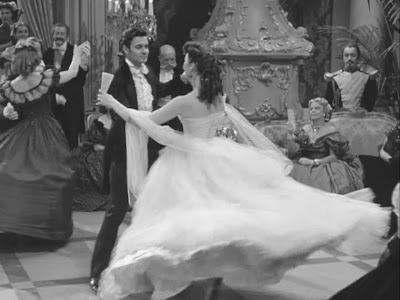 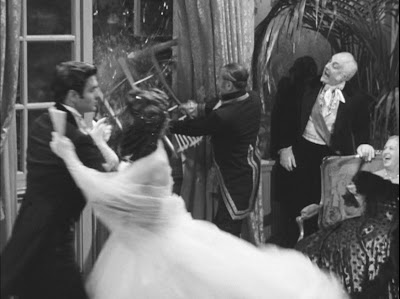 Heaven's Gate (Michael Cimino, 1980)
The film begins at Harvard with a new class of graduating students. Their final ball is a huge open air extravaganza befitting of a film that bankrupted a studio. The camera starts by circling the group of dancers before getting right into the middle of them, gliding and drifting around just as they do, getting faster and faster and more claustrophobic as the Blue Danube speeds up. It is spectacular.

Anna Karenina (Joe Wright, 2012)
After only meeting him once Anna (Keira Knightly) encounters Vronsky (Aaron Taylor-Johnson) for the second time at a ball where he orders her to dance with him. As soon as they face each their eyes lock, in classic romantic encounter style, and nothing else matters. Wright brilliantly depicts this by making the dancers around them freeze and start moving as if they are in another world altogether. Vronsky lifts Anna up and holds her there for just too long before they dance a curiously formal dance where they raise their arms and place them against each other whilst never breaking eye contact with each other. It is intense. 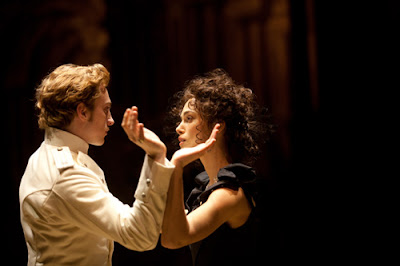 At this point this blog is looking pretty much abandoned.

No - just a little neglected.